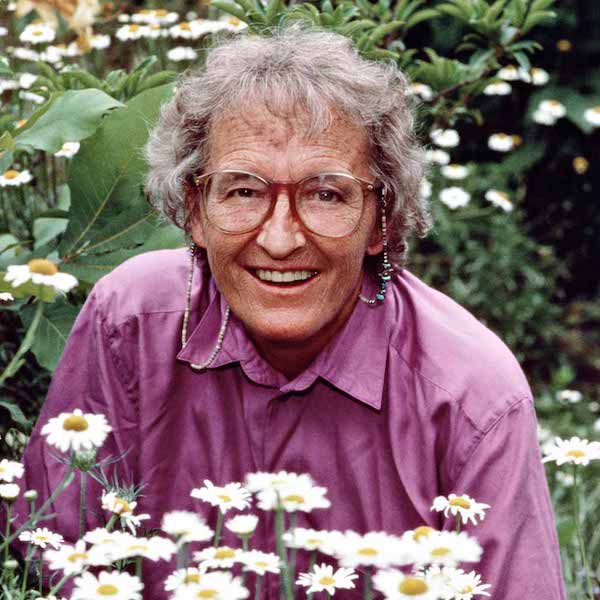 Dr. Kubler- Ross is a teacher of life. A true international citizen, she earned her medical degree at the University of Switzerland in 1957, completing her degree in psychiatry at the University of Colorado in 1963. After years of study and research, the publication of her first book “On Death and Dying” in 1969 immediately raised the awareness of the world. Dr. Kubler-Ross has published nine books dealing with the natural phenomenon of dying. Kubler-Ross has been awarded over twenty-five honorary doctorates from major universities. She received the Modern Samaritan Award and the Ideal Citizen Award. In her wisdom she is teaching us about dealing with the next passage of life. She became the pioneer who would compel society to embrace those affected by grief while facing their own death or the death of a loved one. She has dedicated her life to helping dispel the enigmas and disenfranchisement of bereaved people. She was cited in Time magazine’s March 29, 1999, issue naming her one of the top 100 thinkers of the 20th century. She has changed the world we live in and made it a gentler and more peaceful place ~ in the face of sorrow and despair, her work has offered the light of hope for our generation and many generations to come.

On June 29, 2001 Joanne Cacciatore, Director of the MISS Foundation, presented Dr. Elisabeth Kubler-Ross with an award. Here is a copy of the speech made to honor her life:

In a rare public appearance, Dr. Elisabeth Kubler-Ross received the Platinum Wings Lifetime Achievement Award for her service to humanity. The ceremony went something like this, as read by presenter and friend of Kubler- Ross, Joanne Cacciatore:

Each year, the MISS Foundation honors an individual with the Platinum Wings Lifetime Achievement Award. This is an exceptional award intended to recognize a person who has given their lifetime to helping change our world, and taking us, step by step, toward the betterment of humanity. Let’s pay tribute to her and share some of the reasons she was chosen as we travel down the pathways of her life:

Reading excerpt from Death: The Final Stage of Growth

“It is hard to say if my precarious introduction to life was the first ‘instigator’ to going into this field. After all, I was not expected to live and if it had not been for the determination of my mother, I might now have survived. She strongly believed that such little infants could only survive if they received a great deal of tender loving care, frequent breast feedings and the warmth and comfort that only home could give… She cared for the three of us personally, nursed us every three hours… So perhaps the first significant lesson in my life was that it takes only one human being who really cares to make a difference between life and death.”

Born one of triplets at just 2 lbs, she may have been tiny, but she has proven, even until this day, to be one of the mightiest women in history fighting against Goliath- sized forces of ignorance, hatred, and fear.

Since her tender teens, she has been an activist for empathy and compassion. Courageously fighting Nazi terrorist activity, she worked with the victims of WW II and treated refugee children who survived the horror of the concentration camps.

Reading excerpt from The Tunnel and the Light:

“I ended up in Maidanek in Poland, in a concentration camp where I saw train loads of baby shoes of murdered children, train loads of human hair. To read about this in books is one thing, but to stand there and see the crematories and smell it with your own nose is something quite different… I asked myself: how can grown men and women like you and kill 960,000 innocent children and at the same time worry about their own children at home having chicken-pox? And then I went to the barracks where the children had spent the last night of their life… Maidanek was the beginning of my work.”

In 35 years of devoted service, she has never charged a single patient. For many years, she specialized in helping children who were terminally ill- many with cancer. Instead of ignoring the child and reality, she patiently communicated with her dying patient and offered real solace, respect, and comfort. A true international citizen, she traveled around the world, making house calls in remote villages, dedicating her life in the service of helping others in the most difficult circumstances.

Reading excerpt from The Tunnel and the Light

“She had opened the door to the hospital room and there was this mother in a coma… a picture of total loneliness. Nobody touching. The two little girls dashed into the room, jumped up on mommy’s bed… they shared with mommy that they knew she could not hug them anymore, but that she could hear every word they said and that very soon she would be as free as a butterfly. The father naturally started to sob and cry and finally hugged his children and communicated with them. The next morning, Lorrie went to class to ‘show and tell…’ She went to the blackboard and drew a cocoon and a butterfly coming out of the cocoon and shared with her class of first graders her visit to her dying mommy in the hospital and thus gave what we considered the first Death and Dying Seminar to a class of first graders by a first grader… Because of this one shared moment with her mother, this child was able to reach the whole class…”

She brought the first hospice to the United States. And as a medical doctor, she was often surprised by the disconnectedness between the doctor and patient- an unwillingness to share and communicate, honestly, and about the plethora of emotions the patient or the surviving family faced. She spoke out within her own discipline to change the ethos in medicine and encouraged physicians to interact on a deeper, psychosocial platform with their patients. She became a tenacious advocate and an immutable voice.

“No one can successfully shield another person from the pains of life; no one can take our grief away. No one can truly console a parent who has lost a child or make the grim reality disappear. But we can help them and be available to them. We can be there when they need to talk… cry… when they have to make decision too difficult or complex to decide on their own… In Laura’s case, the depression started long before the tragic death of her baby before the delivery… her physician avoided her… she was sedated and unable to grieve, unable to experience the depth of her pain, and thus unable to start living again.”

With undying fortitude, she has faced her share of adversity too. Her farm home was burned to the ground. Lost were all her possessions, priceless memories- photographs- journals of her past- research- she had lost it all. She had planned to adopt eleven AIDS-infected babies into her home. Ignorance, prejudice, and arson would interfere. This tragedy brought her to Arizona in 1994.

She has touched you, whether you know it or not. She is the single most influential force in changing the perception of death, dying, and the culture of grief, introducing the subject as discourse now mandated in most medical schools and universities. It is impossible to have been born after 1960 and remain unaffected by her work.

The day I first met her, I was supposed to spend an hour or two with her. I was mesmerized for 5-1/2 hours. There was tremendous love, compassion, and truth in her presence. And even though her physical cocoon is weakened, her spirit is compelling and valiant. And she continues to inspire us all with her own words from her book, The Wheel of Life:

There is within each of us a potential for goodness beyond our imagining; for giving which seeks no reward; for listening without judgment; for loving unconditionally.

I am very proud to present the Platinum Wings Lifetime Achievement award to my hero, my mentor, and beloved friend, Dr. Elisabeth Kubler-Ross.

And with tears streaming down her face, Dr. Kubler- Ross was escorted to the front of the room by her photographer and son, Ken to accept the award. The standing ovation lasted several minutes as many people shared the emotions of Kubler-Ross. Then several hundred people joined in unison to sing “Happy Birthday” as she was presented with a hand crafted silver necklace of the MISS Foundation’s logo embedded with her ruby birthstone. As she put the gift around her neck, the audience realized that this moment in time was a miraculous one to remember and share with their children and grandchildren.

On August 24, 2004, Elisabeth graduated. We are very, very sad to say goodbye to our dear mentor, board member, and friend.